Some Decisions Have Enormous Consequences 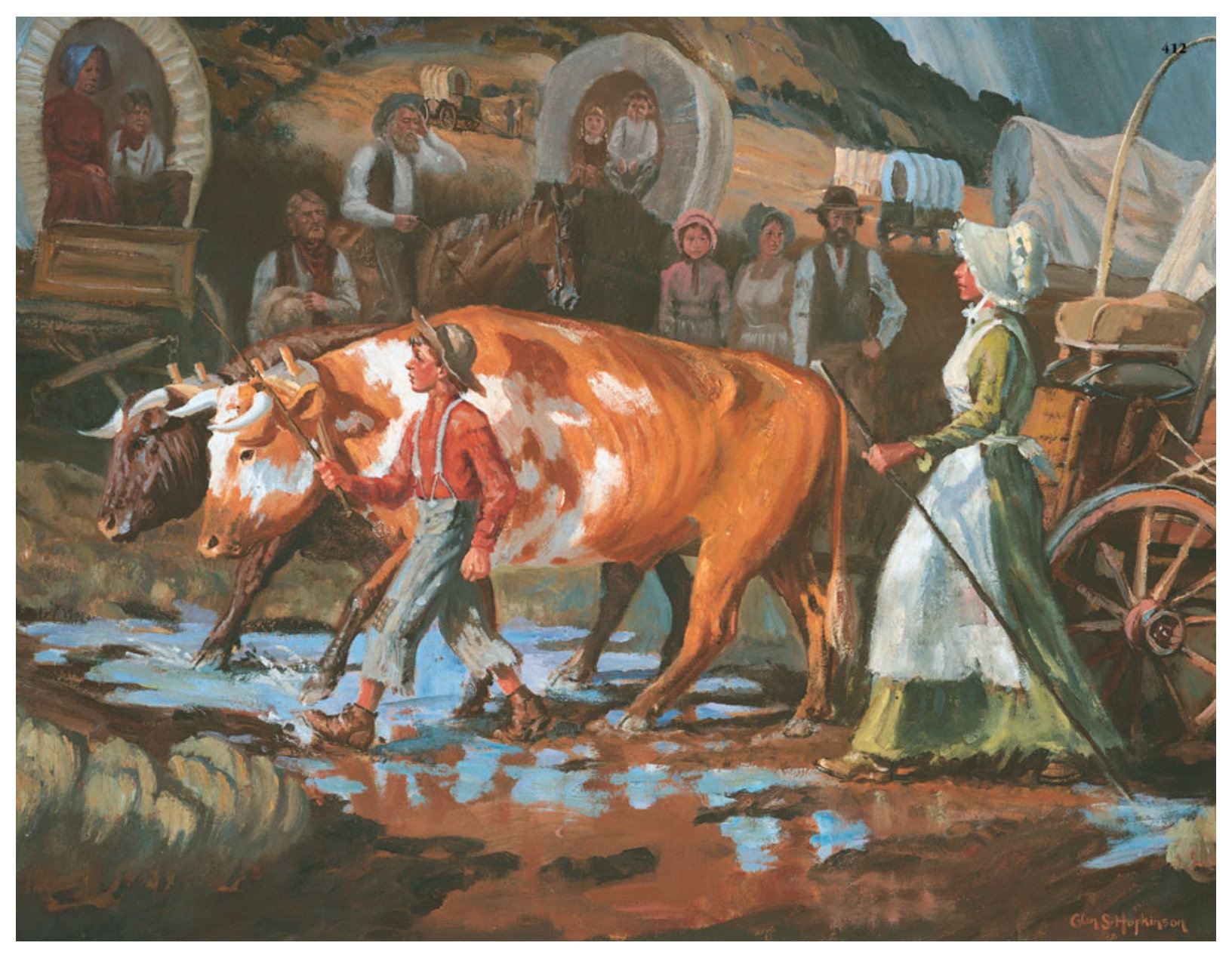 We see this in the remarkable life of Mary Fielding Smith, who, after the murder of her husband, Hyrum Smith, and his brother, the Prophet Joseph Smith, acted against the advice and bullying of relatives who wanted her to stay with her children in Illinois. Trusting in the priesthood authority of the Quorum of the Twelve Apostles, then led by Brigham Young, Mary committed to traverse 1,300 miles of wilderness, overseeing a ragtag band to gather with others of The Church of Jesus Christ of Latter-day Saints to Zion in the Salt Lake Valley.

Earlier, Mary had demonstrated her devotion to Jesus Christ. After emigrating from England in 1832 to Toronto, Canada, she heard the gospel preached by Parley P. Pratt and sought and received a testimony of its truthfulness. With sister Mercy, brother John and Leonora and John Taylor (later the third prophet of the church), she left her secure, comfortable life to join the Saints in Kirtland, Ohio, in 1837.

Mary Fielding, circa 1844. She came to Kirtland from Canada in 1837 and eventually married Hyrum Smith.

Mary was a refined, independent, intelligent woman, “beautiful to look upon, … trim, straight, dark-haired and dark-eyed, with delicately blooming cheeks and a finely , graceful figure” — a prize for anyone seeking her hand. The description of Mary is part of the chapter about her in “Extraordinary Courage: Women Empowered by the Gospel of Jesus Christ” (Ensign Peak, 2013). After Hyrum’s first wife, Jerusha, died giving birth to their sixth child, Joseph Smith approached his brother and whispered, “It is the will of the Lord that (you) marry again and take as a wife, a young English convert, Mary Fielding” (see Chapter 5 in “Extraordinary Courage”).

Mary was 36 and Hyrum was 37 when he proposed. Once married, she inherited six lively children. Theirs was a joyous, loving marriage built upon their single-minded devotion to Jesus Christ, each other and their family. Yet it was filled with wrenching challenges and intense suffering as persecution drove them from Kirtland, Ohio, to Far West, Missouri; to Quincy, Illinois, and soon thereafter to Nauvoo, Illinois.

On June 27, 1844, Hyrum and Joseph were murdered. Though devastated, Mary “clung to the promise of the Prophet days before the martyrdom, ‘Sister Mary, don’t feel bad, the Lord will take care of you’” (see the Centennial Jubilee letter, Dec. 20, 1880).

Tasked with caring for eight children, two elderly people, her brother Joseph, sister Mercy, their families and a slew of animals, Mary set about outfitting her “family” to go West. Driven from Nauvoo to Winter Quarters, Nebraska, she lost a third of her sheep, horses and oxen, but she oversaw building a primitive clapboard/sod home animated by faith, music and cheer that saw them through a damp, cold winter (see Chapter 5 in “Extraordinary Courage”).

In 1849, her now-nine-person household joined Capt. Cornelius P. Lott’s company. She was not welcome — Lott was certain she was incapable and would slow down his company. Ignoring his efforts to impede her travel, she exercised a combination of grit and faith to cross the plains, facing treacherous weather; myriad hazards; arduous days; a massive buffalo stampede; frequent equipment failure, and the collapse of one, then another, prize ox — which she commissioned her brother and another to anoint and bless, such that each ox rose to its feet and subsequently finished the journey (see “How One Widow [Mary Fielding Smith] Crossed the Plains” on history.lds.org).

Arriving in the valley in 1848, her entourage survived a long, frigid winter, living mostly on wheat. Late spring found them building a farmstead on Mill Creek.

Years later, her son, who would become the 10th president of the LDS Church, recalled an instance of her continued gospel devotion. When she took the best 10 of potatoes from her crop to the tithing office, the clerk proclaimed, “‘Widow Smith, it’s a shame that you should have to pay .’ … My mother turned upon him and said, ‘Would you deny me a blessing? … I pay my tithing, not only because it is a law of God, but because I expect a blessing by doing it” (see Chapter 5 in “Extraordinary Courage”).

Mary Fielding Smith personifies the best in our pioneer ancestors. Not only did they come to establish a place where they and those who came after them could thrive, but they exemplified a willingness to sacrifice the things of this world for the cause of the Savior. As we contemplate their devotion to Jesus Christ and his gospel, let us follow their example and make the same holy commitment.