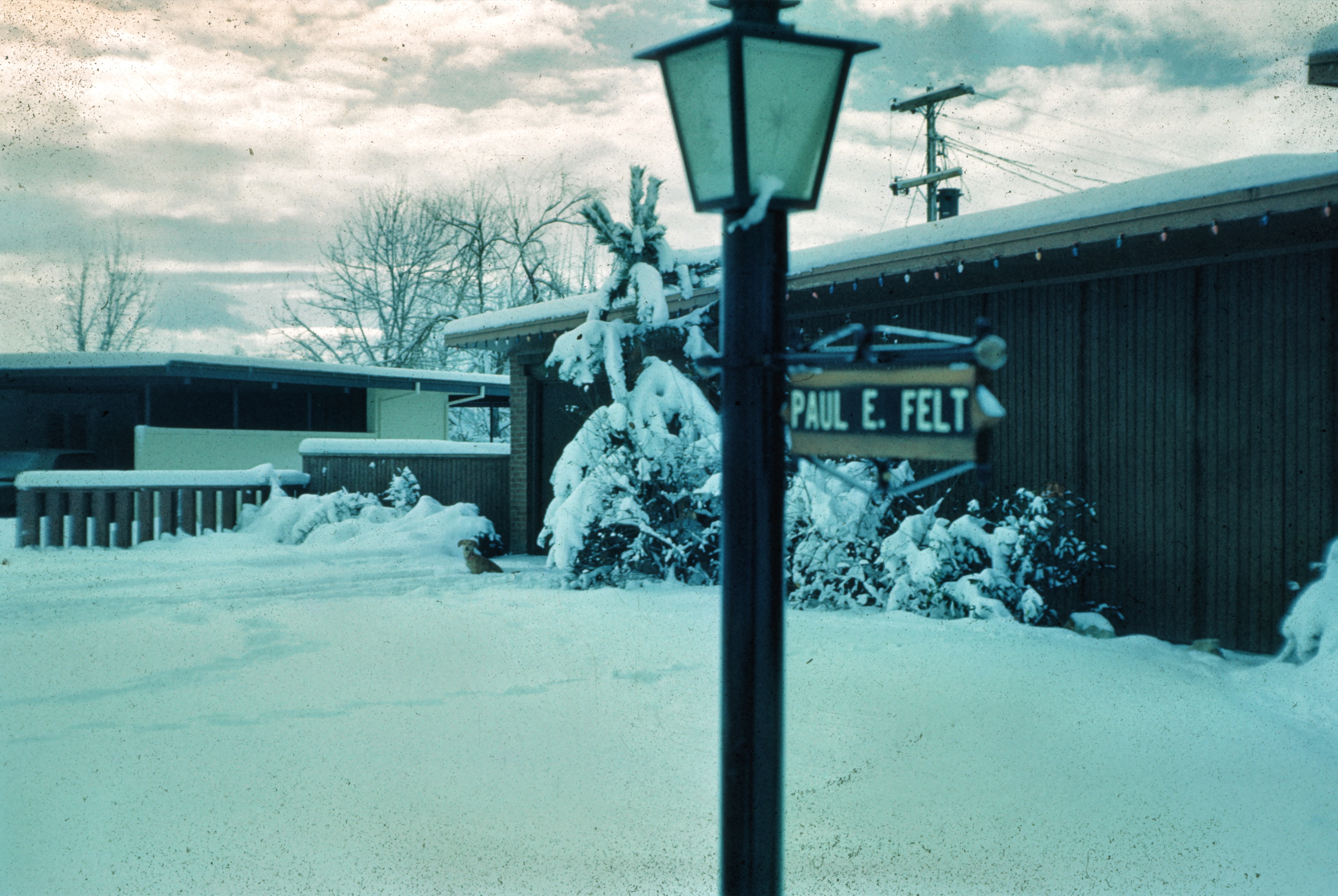 Word Picture of the home we simply knew as “Our Family Home” even though the Paul and Afton Family lived in many different locations and at times multiple rental properties in each of those places.

1455 North An Architect’s Delight, a Family’s Dream:  The Orient on Fir Circle

The success of the basement apartment rentals to B.Y.U. students on 700 North encouraged Mom and Dad to consider finding another family home and turning the entire house into student rentals.  In the summer of 1960, an opportunity to trade interest that they had in a laundromat for a home on 820 East in North Provo arose and soon the family was situated in a new .

This was not to be a long stay.  After living in the home for less than six weeks, barely having time to settle in, notice was received that an additional $9,000 in lien obligations existed on the house, obligations which had not been revealed at closing.

The bank demanded that Mom and Dad acknowledge this debt and commit to its resolution.  Not only were the financial demands that this would impose beyond their present capacities but, taken together, the mortgage and liens exceeded the value of the house.  An alternative would have to be found.

One Sunday evening while dropping Paul and John off at a fireside at the home of a ward member who lived on Fir Circle, Dad noticed a “For Sale by Owner” sign in the front yard.  After walking through the home and the outside grounds, he had only a vague hope that he would be able to negotiate terms.

Not only was the home located in one of the newer subdivisions of the city, an area that was beyond the reach of most B.Y.U. faculty, but it was of singular design and construction.  He made arrangements to return the next day with Mom to walk through the house and yard.

The home had been custom designed and constructed only three years earlier by the present occupant who had moved from California with his family to practice dentistry.  His profession had not proved as lucrative in Provo as it had on the Coast and his wife was anxious to return and accordingly the house had been placed for sale.       The architectural drawings for the home had been privately commissioned and the gardens were designed by the occupant’s father, a landscape professional.  Both had utilized a Japanese-inspired theme as the underlayment to their design.

These were manifest in the white-washed oak staircase that served as a central feature in the interior and the rock gardens and exotic trees that marked the exterior grounds.       The staircase began at the lowest level of the house, rising in sets of six stairs that turned at right angles from the previous set, interrupted by a landing.  The first two sets lead up from the family and laundry-sewing room level to a set of bedrooms and a bathroom.  They continued from there up to the main entry, kitchen, dining and living room level.  At this point, the stairs had turned a full 360 degrees from the point of origin.  Beginning again, two sets of stairs, each at 90 degrees to the previous set, rose to the top floor where two rooms and a bathroom were found again.       At the lowest level, the stairs around a three-by-five foot planter.  From each corner of the planter, two columns of two-inch square white-washed oak extended up to the ceiling of the highest level, reaching an opaque skylight which allowed natural light to the stairway and the planter.

Attached to these rising columns, by brass hardware on the inside edge of each set of stairs, where matching handrails with six-inch-wide boards of quarter-inch oak serving as barriers below the handrails and above the stairs.  Each was placed vertically, two per set of stairs, with the top and bottom cut at angles to match the rise of the stairs with two small grooves cut one and two inches from either long-running edge to amplify the vertical rising and the oriental style of clean straight lines.       The main entry into the home was flooded by light from a four-foot-wide sheet of heavily textured, obscure glass stretching from the floor to the ceiling adjacent to the front door.

Walking straight through the hall brought the living room in view, with its ceiling that sloped up from the common eight-foot height at the near end to twelve feet at the opposite end where walls of glass, reaching from floor to ceiling, each with a large sliding glass door, defined the two outside walls of the room.  The metal framing for these windows and doors was of a solid, heavy metal and the glass thick plated so that the opening resembled the sound of a distant train moving along tracks.  The inside wall to the left was completely finished in the white-wash oak and a large section was designed to move along runners to close the room off completely from the dining area.  The window at the end of the room looked out on a semi-covered patio with a concrete floor poured into borders of three-foot squares of redwood with the outside edge curving around a lawn and flower gardens.  The wall of windows to the right looked out on a balcony that faced a view of the BYU campus.

The prevailing element of design that typified the house was a unity with nature.  Light flooded through skylights and expansive windows.  Built-in planters brought greenery indoors.  The living room best illustrated this with its sloping ceiling that continued past the glass walls, extending outdoors high over the patio garden.       The gardens themselves had been as carefully and painstakingly designed as the home.  A wide variety of trees and shrubs had been planted, each justified by the other and by the proximity to the house.  A white birch tree stood just to the right of the main entrance with low evergreen shrubs planted below.  Taller long-needle evergreen shrubs were planted on the opposite side of the walkway which led from the street.  A tall pinion pine anchored the end of the house by the double door garage giving balance to the whole building.       The garage adjoined the house by means of a breezeway that was closed to view from the front of the house by deep red-brown stained panels of redwood veneer and unified to the house by a common roof extending over the breezeway, also serving as shelter to the patio.  From the front left corner of the garage began a fence of the same materials and as the breezeway which ran fifteen feet before turning perpendicular to trace the property line, running past an apple tree to the back where it turned at a right angle again extending along the back edge of the property line.

As the wall extended on along the back, the slope of the backyard, which up until this point had been at the floor level of the main living and dining floor, fell off at an angle steep enough to drop ten feet in roughly ten feet of linear distance.  Movement between the levels was facilitated by a set of concrete stairs travelling behind the living room balcony which were bordered by a beautiful rock garden on the opposite side.  The sloping ground was covered with unusual stones, none larger than an ordinary child’s kickball, of a wide variety of shapes and .  A walnut tree was planted in the top section of this garden with an almond tree not far off.  Where the slope tapered off, the lawn began once again and a walkway had been laid in the ground of flat sandstones which led past an oval fish pond with edges bordered by more sandstones.  Here again, the strong influence of Japanese architecture was manifest.

The house seemed beyond the family’s means and Dad’s peers at the University felt that he was stepping beyond his capacities, but he proceeded with the negotiations at any rate.  His position had been weakened by the $4,000 that had been lost on the house on 820 East, but he knew that the Dentist and his family were anxious to find a buyer for the home.  It was agreed that Dad and Mom would assume an existing 4% mortgage on the house and sign a second note with the Dentist requiring $100 per month payments for a total purchase price of $35,000.

They never dreamed that they would pay so much for a house! 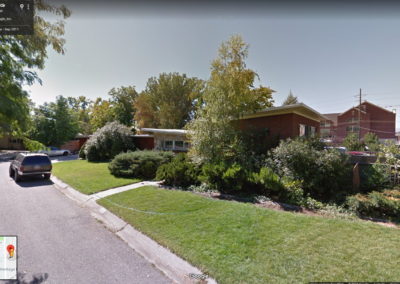 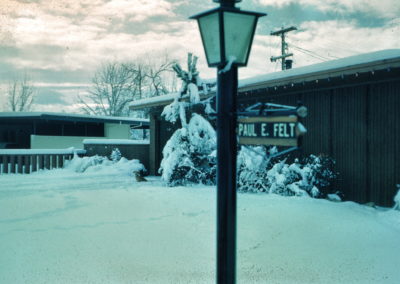 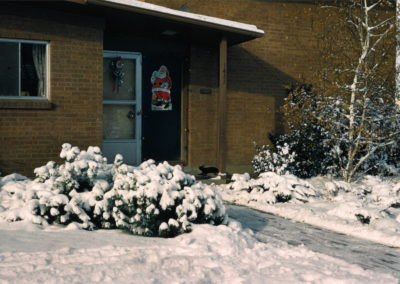 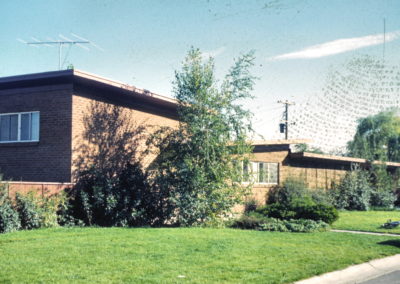 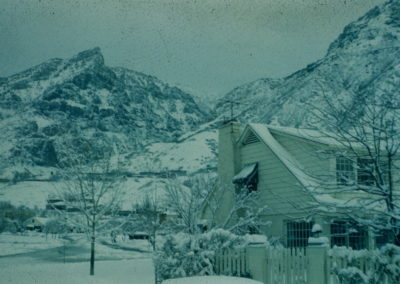 view from fir circle to mountains 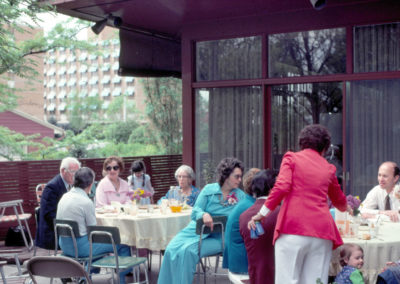 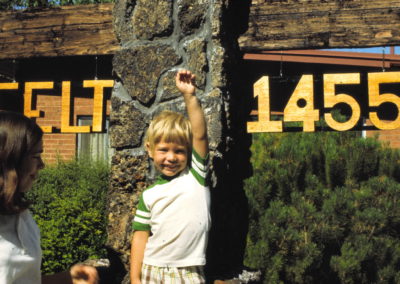 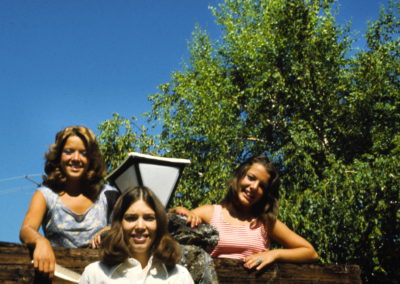 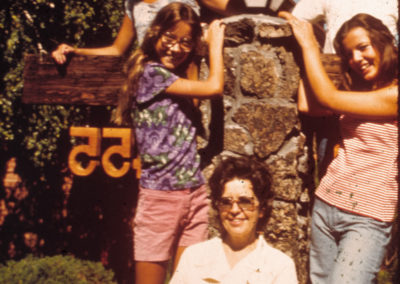 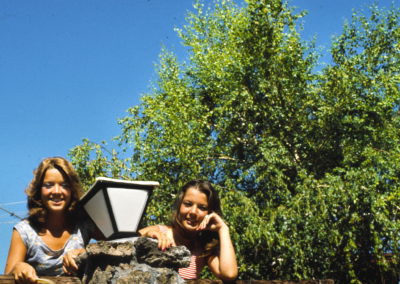 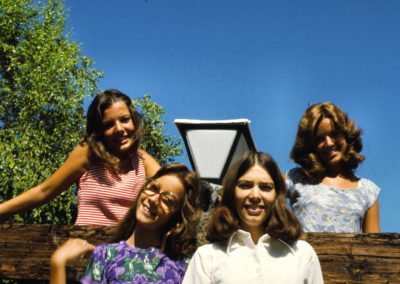 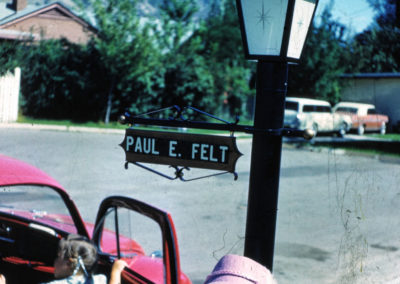 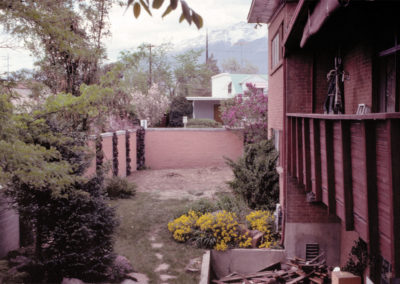 side view of fir circ home 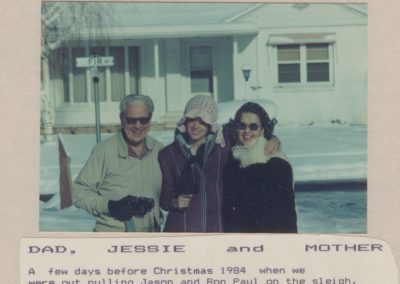 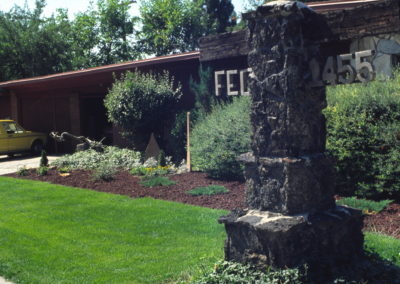 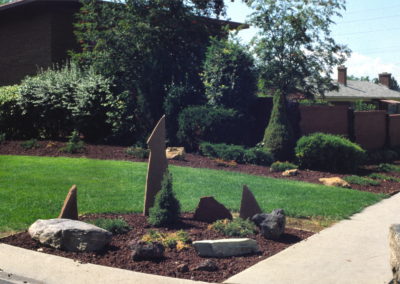 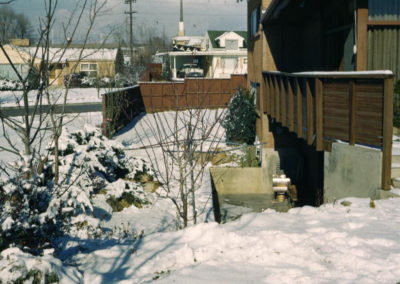 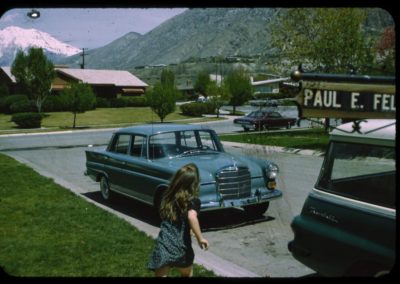 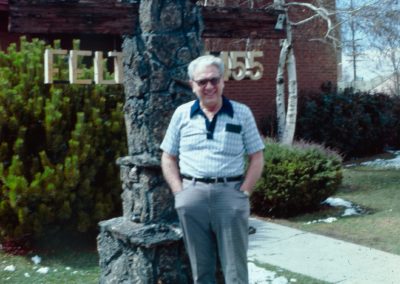 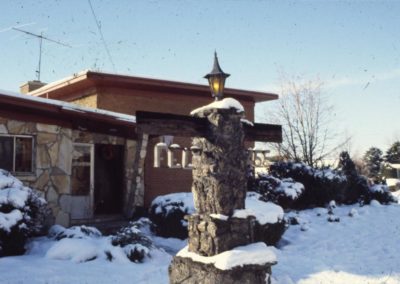 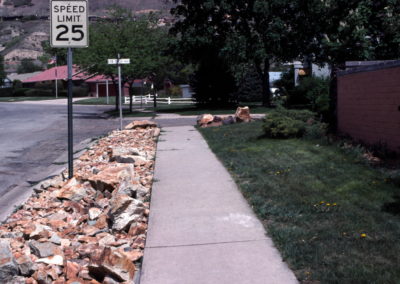 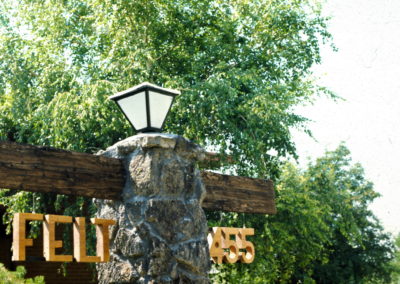 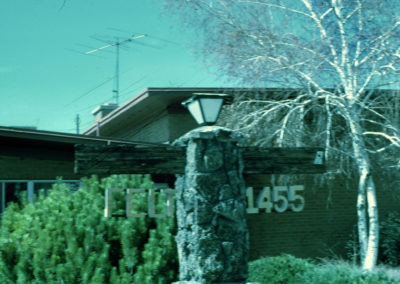 Treasured Thoughts and Our Family ValuesFamily Home: A Word Picture