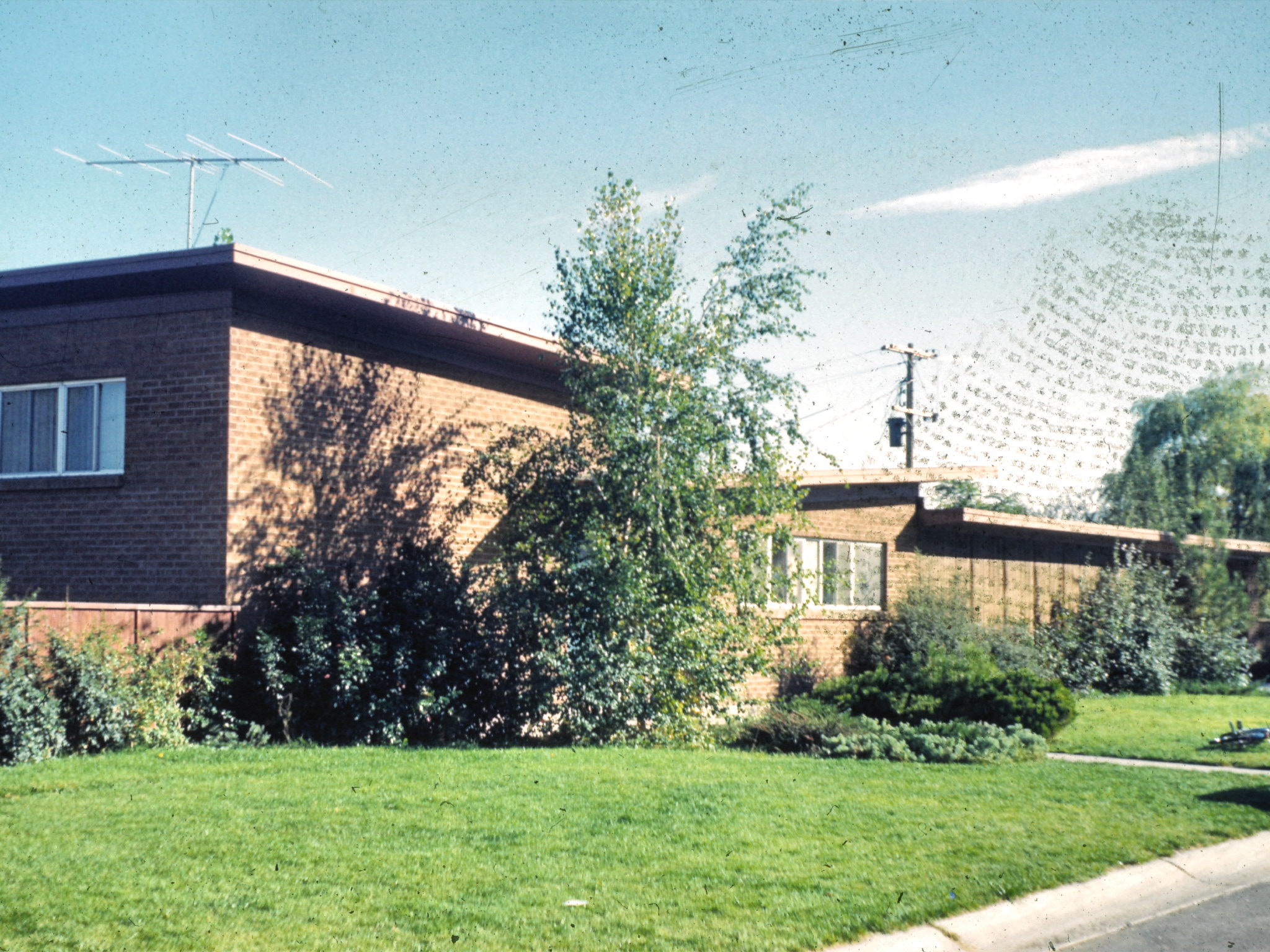 Family Home Evening and with some activity out front, when  we saw a shabbily dressed man turn into the cul-de-sac.

His jacket was torn and tattered, his trousers worn through in the knees and resting far above his ankles.  His shoes, worn without socks, were likewise torn, exposing his toes.  With disheveled hair and several days’ beard growth, we stared on in great wonderment.

We were actually seeing a fabled hobo!

He proceeded slowly along the edge of our lawn, wobbly on his legs as if he had been drinking.  He bent down to pick up an empty can of soda pop and drained the last drop from the bottom into his mouth and placed the can in his pocket.  An apple core that was lying a few feet further ahead became his next acquisition and it went directly into his other pocket.

We could not believe our eyes and became increasingly concerned as he reached our driveway.  This was going to be very awkward for the party goers!

We ran quickly in to alert Dad.  He came out with us and after making a few inquiries of the man he led him back to where all the guests were.  We were distressed by the awful condition of this weary man and while we were sure that Dad would offer him food we were very surprised to see him carried off to the party.  They were really in for something!

How he enjoyed his meal.  His plate was piled high and he ate with relish.  While his mouth was full of food he would reply with a contorted face and everyone would endeavor to remain appropriately polite when in fact many could hardly keep from laughing out loud, so humorous and engaging were his antics.

“Where have you come from?” one person asked.

“I came in on the railroad,” he replied while holding the plate of food close by.  His side-to-side swaying prompted the bystanders to reach reflexively for his elbows.       Soon he was singing songs and telling stories and all restraint was left off.  We sat back in joyous laughter.  This continued on for three-quarters of an hour and then he announced that he would have to be getting on with his journey.  He agreed to another song and then he bid us all good-bye.

Dad walked him in through the back door of the house and at next glance we saw the two of them standing in the kitchen with Dad opposite and to the side of the unfortunate man with his hand upon his shoulder.  The wobbly hobo was now leaning casually against the counter, his arms folded across his chest.  There were great smiles on both of their faces and there appeared a sense of good-humor and affection between them.

We suddenly realized that this had all been prearranged entertainment!  It was Bryce Chamberlain, a highly regarded actor, best known for his role in “Man’s Search for Happiness.”